home / news / carmen lansdowne is the uncontested nominee for moderator

Carmen Lansdowne is the Uncontested Nominee for 44th Moderator 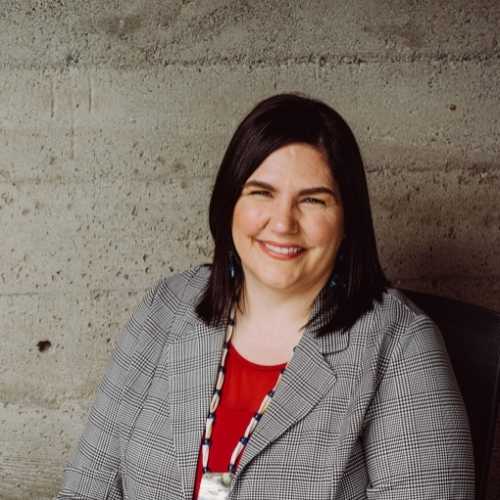 History repeats itself at the General Council 44. For the second time in the United Church of Canada, the election for Moderator has gone uncontested (the first time it happened was during the 34th General Council in the early 1990s). We are so proud that First United’s Executive Director, the Rev. Dr. Carmen Lansdowne, is the one nominee for the 44th Moderator. Although she is the only nominee the UCC requires an election which will happen on July 23, and the individual elected at that time will be installed on August 7, 2022.

The First United Church Board, staff and community is elated to see Carmen’s leadership, theological rigour, and commitment to the Church, justice, and progress recognized.

“The Board of First United Church Community Ministries is delighted that Carmen Lansdowne has accepted the call to share her gifts of leadership and wisdom with the wider church as Moderator. In her five years at First she has led this ministry on the Downtown Eastside with passion, humour and administrative skill. As the United Church welcomes into leadership our beloved indigenous theologian and justice seeker, we will continue to build on her legacy and prepare to welcome her back to the First United family in three years time.”

Carmen has been on a sabbatical from her post as Executive Director of First United since March 28 and is scheduled to briefly return on July 15. Amanda Burrows has been Acting Executive Director and will continue to lead the organization through the Board of Director’s executive search process for an Interim Executive Director. When Carmen’s nomination was first considered earlier this year, as matters of strong governance, discernment, and transparency, the Board developed a robust succession plan to prepare the organization for continuity of services and success should she be installed as Moderator for a three-year term. An executive search process will begin in the coming weeks. Carmen intends to return to First United at the end of the three-year term as Moderator.

The future of First United is quickly taking shape as the demolition phase begins on the redevelopment of 320 East Hastings. Since 2008 we’ve envisioned a new, purpose-built facility to house the important and community-centered work First United does, and in 2018 the Board became a driving force in making that vision a reality. Carmen’s leadership has been instrumental in advancing the project after many attempts, and Amanda and the volunteer leadership and staff continue to move the redevelopment forward.

“It has been an honour to hold space as Acting ED during this historic period at First United and continue to build on Carmen’s good work in the community. We are so proud of Carmen, who will inevitably be elected as Moderator, and although we will have a shift in leadership for the next three years, what continues to remain is the staff and Board’s commitment to the Downtown Eastside.”

Please join us in sending congratulations to Carmen.