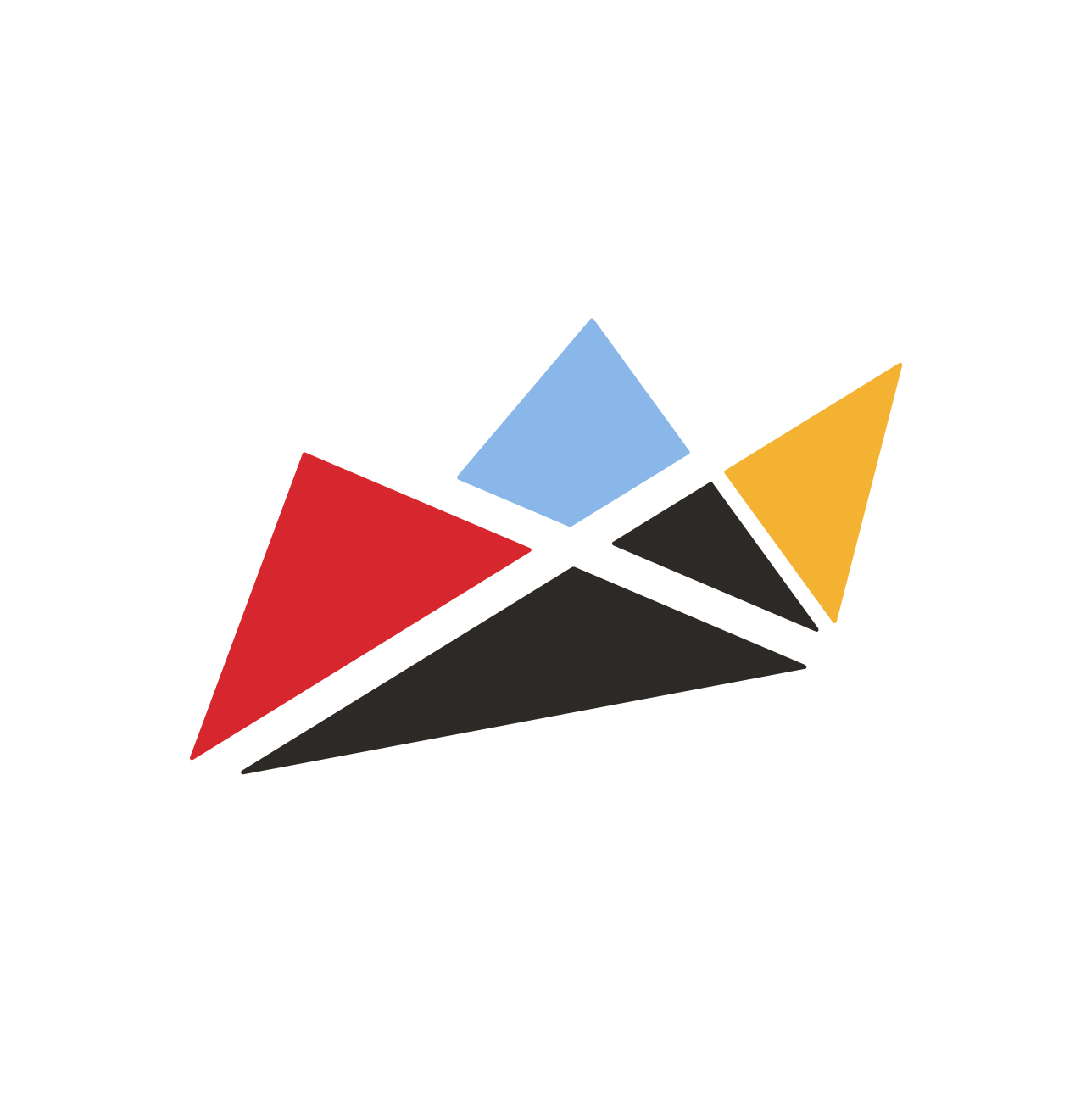 British Columbia is experiencing an ongoing affordable housing crisis and Vancouver is the epicenter. Low-income, vulnerable, and marginalized populations are particularly at risk: cost of living continues to increase, fires and unsafe conditions continue to displace residents, and extreme cold and weather events make it even more dangerous for those who are underhoused or unhoused to be on the streets.

The last Metro Vancouver homeless count took place in 2020 and showed that over 2,000 of our neighbours were experiencing homelessness. And, we know that point-in-time counts like these are vast under-representations of the true scope of the issue. On the heels of a global pandemic and soaring cost of living, we fear that significantly more in our community are finding themselves without a stable roof over their heads.

It is time for all levels of government to take bold, urgent action. While the Province and City of Vancouver recently announced they are working together to build 90 units of temporary modular housing by March 2023, with support services in place—more must be done.

There are still hundreds of people living outdoors in encampments and without immediate solutions, they will face another winter in unsafe conditions.

516 individuals signed onto the petition. The contents of the petition can be found below.

The toxic drug overdose crisis has reached a point in British Columbia where bold action is necessary to prevent more deaths. To combat the overdose crisis, we need legal regulation of an accessible safe supply with minimal barriers, to decriminalize drugs, and to actively address intersecting challenges such as poverty and homelessness, racism and prejudice, physical health, mental health, and trauma. People with lived and living experience need to be heard and consulted, and their voices need to be prioritized, as they are the ones who are most impacted by this crisis.

For the past decade, the circulation of toxic drugs has been increasing and has had a grave impact on the community. Since BC declared the overdose crisis on April 14, 2016, over 10,000 people have died of overdose in the province. Death from overdose is now the number one cause of unnatural death in the BC.

Our community in the Downtown Eastside is wrought with intersecting challenges, including poverty and homelessness, mental and physical illness, addiction, racism, trauma and oppression. The stigma faced by people who use substances in the Downtown Eastside is mounted and the hardships are compounded. Although people who use drugs come from all different walks of life, those who use substances in our community are often further marginalized and often face harsher stigma and criminalization.

Each of these individuals who have passed leave behind loved ones and each death greatly affects the community. These deaths could have been prevented with better access to safe supply, and the decriminalization of illicit substances.

The steps that the BC government has taken to fight the overdose crisis are insufficient. In 2022, the provincial government received exemption from Health Canada under the Controlled Drugs and Substances Act to decriminalize the “possession of some illegal drugs for personal use.” But the action taken will not be enough to curb the alarming amount of toxic drug overdoses, and will continue to criminalize the majority of marginalized people who use substances.

The three-year exemption, starting in January 2023, only decriminalizes those who carry a cumulative threshold of 2.5 grams. Research done by local drug advocates (VANDU) indicated that 4.5 grams is closer to the amount carried by people who use drugs. With the majority of substance users carrying over 2.5 grams per individual substance, the small threshold will only ensure that the majority in the community will continue to be stigmatized and criminalized. This limit further puts those who are unhoused at a disadvantage, as they lack a place to store their drugs for future use and are limited to carrying their substances on them at all times.

FIRST UNITED believes in a multi-pronged approach to sensible, compassionate, and evidence-based drug policy that includes safe supply and legal regulation, decriminalization, and a proactive approach of addressing intersecting challenges.

Access to safe supply with minimal barriers is necessary to prevent overdose from toxic drugs. It was reported by the Canadian Centre on Substance Use and Addiction (CCSA) in 2020 that 91% of opioid-containing samples in BC contained fentanyl, analogue, and other substances. While these substances were commonly found in the unregulated drug supply, survey respondents reported not expecting or unintentionally consuming these substances (confirmed by urine samples). The reports also showed that many other unexpected substances were found in the unregulated drug supply, including novel synthetic opioids, benzodiazepines, and synthetic cannabinoids. This is particularly concerning, because benzodiazepines do not respond to naloxone, which makes it harder to reverse overdoses.

With a regulated safer supply, people who use drugs can know exactly what they are getting in their supply and how much.

While the BC government states that police will not arrest, fine, or seize drugs from people carry under 2.5 grams, they still tasked the police with referring people to health and social services. The role of police in this context is unnecessary, considering that the government stated this is a health issue and not a criminal one. Qualified social and health service professionals are much better suited to provide referrals.

While safe supply and decriminalization are necessary, it is crucial to address the intersecting challenges often faced by people who use drugs in the community. Members of the community can face poverty and homelessness, a lack of access to resources, mental health, trauma and addiction, physical health challenges and disability, racism, and prejudice. Proper resources need to be allocated to addressing these issues, as they all play a significant role in this crisis. It is also critical to work in partnership with, and take strategic direction from, people with lived and living experience of these issues and to take actions supporting their expertise and autonomy.

All levels of government need to take quick, decisive, and bold action to stem the tide of deaths by overdose. But the existing approach to drug policy fails to address the issues and experiences of those who are being impacted by this crisis the most. A fully accessible safe supply is needed to combat the toxic drugs in circulation. Along with decriminalization, legal regulation and safe supply, the government also needs to listen to people with lived and living experience. They need to adequately address intersecting challenges faced by marginalized people who use substances, which include racism, mental and physical health challenges, poverty, and homelessness.

Help tell the story of eviction in British Columbia.

Have you been evicted or forced to move? Share your story and the impact it’s had on you. We want to use this information to help make tenant protections stronger in B.C.

Take the BC Eviction Survey

This project is being run by the Legal Advocacy program at First United in Vancouver, BC, that gives legal help to tenants.  We want to document and understand evictions and forced moves of tenants in British Columbia.

We want to learn:
-where evictions and forced moves are happening in our communities,
-who is affected by them, and
-what the impacts are.

The information you provide may be included in a general map, and by participating, you agree that we can use your information on a general map (without identifying you).  An example of this would be placing a dot on the map to show the approximate location of your eviction.

We will never share any identifying information about you (such as your email or phone number) without your consent.

Identifying information will be visible only to the Staff Lawyer and designated staff within the Advocacy program.

This project takes places on the traditional and unceded lands of the xʷməθkwəy̓əm (Musqueam), Sḵwx̱wú7mesh (Squamish),  səl̓ílwətaɬ (Tsleil-Waututh), QayQayt, Kwantlen, q̓íc̓əy̓ (Katzie), Semiahmoo, and Tsawwassen
First Nations, kʷikʷəƛ̓əm (Kwikwetlem), and Stó:lō Nation.  We continue to learn and work toward respectful relations with the land and its people.