Truth and Reconciliation, a Living History 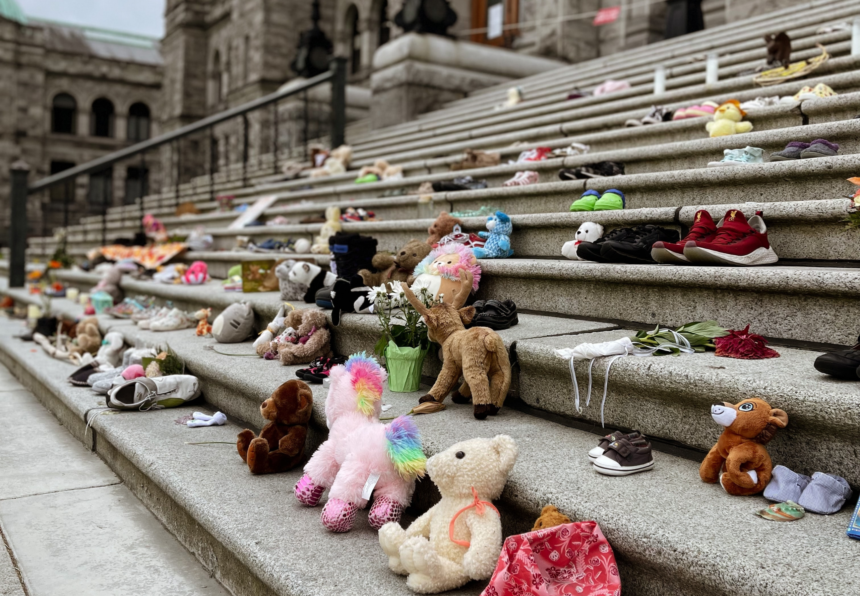 This op-ed was originally published in The Tyee on June 14, 2021. You can find the op-ed on The Tyee’s website.

Reconciliation has been a buzzword since the conclusion of the Truth and Reconciliation Commission in 2015. Everyone wants to know how to “walk in reconciliation” but doesn’t often want to hear the answer. Many of our Indigenous Chiefs and leaders have said Canada uses those words to distract us while they are busy carrying on with business as usual behind the scenes.

The phrase “truth and reconciliation” was chosen by residential school survivors based on the South African model. They could have just asked for truth, but instead the victims of some of the most horrendous crimes in Canada asked for reconciliation.

One of our Grand Chiefs said that everything we as Indigenous people have today, we won in the court. It’s not reconciliation if it had to be won through the courts.

The news of the 215 unmarked graves of children in Tk’emlúps te Secwépemc territory did not surprise any Indigenous people. We all knew because we listened to the stories of the residential school survivors, and we believed them. Sadly, many in Canada did not. Now there is proof. And there will be more proof.

We also need you to grieve with us, and not only to grieve but to act, to change, so that our descendants can have a better future.

We are all deeply grieving. One Elder we know, a residential school survivor, ended up in the hospital with chest pains after hearing this daunting news. It has brought up memories of the trauma we have all experienced as Indigenous people directly connected to these schools.

We have been leaning into ceremony, gathering, trying our best to grieve these children — our lost babies. We need prayer, yes. But we also need you to grieve with us, and not only to grieve but to act, to change, so that our descendants can have a better future.

The late May confirmation of the mass grave has shocked us back into a state of realization that truth and reconciliation is not just a question of a dead history whose remains have been forgotten. There is important work that needs doing. As Indigenous people, we need all Canadians to witness and participate in that work.

As Indigenous people, we need all Canadians to witness and participate in the work of deconstructing the myth of “dead history” and engage with truth and reconciliation as a living history. All Canadians must listen to the truth-telling of residential school survivors and accept that the trauma of residential schools is ongoing and continues to impact Indigenous communities.

Now it is the turn of non-Indigenous people. The framework has been given. The protocol from the TRC has to be followed. Acceptance of the truth, apology and taking ownership of responsibility are the steps.

Call to Action number 58 is for “the Pope to issue an apology to Survivors, their families, and communities for the Catholic Church’s role in the spiritual, cultural, emotional, physical and sexual abuse” of Indigenous peoples. To date, the Anglican Church and the United Church have issued apologies and have both committed to the full adoption of the TRC Calls to Action, making structural and staffing changes in order to continue the work of the truth and reconciliation journey.

While the Canadian Conference of Catholic Bishops has again issued a statement of “deep sorrow,” they continue to uphold the 2018 position of the Vatican not to offer an apology when it was requested by Prime Minister Justin Trudeau in 2017.

Repentance is a core value of the Christian faith commonly understood as an expression of remorse or regret. In this sense, we believe the statement of deep sorrow from our Roman Catholic brothers in leadership. Another faithful biblical interpretation of repentance is the act of turning around in a return to right relationship — right relationships with the Creator, with each other, with the whole of creation. It is all our responsibility to continuously pursue repentance in our relationships with God and all that God has created; otherwise, absolution would be unnecessary.

As Indigenous women who are in ministry leadership, we pray that the discovery of the bodies of these children remind everyone that their legacy lives on. We pray the Pope chooses to hear the cries of the spirits of these 215 babies, change the Vatican’s previous decision, and make the apology requested by the survivors of Canadian residential schools.

Sign up for our e-newsletter, updates, and more by subscribing today.